After the success of their show The Bob Dylan Story, DYLANesque are back at The Wedge by popular demand with their new show True Confessions Revisited.

Cast your minds back to 1986 – when Bob Dylan and Tom Petty made history when they joined forces for one of THE greatest concert tours of all time, on their TRUE CONFESSIONS tour of 1986.  Tom said he would only open for one man, and that man was Bob Dylan!  He then upped the ante even further by bringing along his great friend and superstar – Stevie Nicks.  Stevie was the obvious choice for the tour, having had a huge hit with Petty’s Stop Draggin my Heart Around.

Re-live that incredible line up as the creators of much-acclaimed show DYLANesque – The Bob Dylan Story bring you True Confessions REVISITED, taking inspiration from that legendary tour. If you were at their 1986 concert, you’re going to want to come and see this show – if you missed it in 1986, here’s your second chance so you’re REALLY going to want to see this show!

Get up and dance to Hard Rain, Like a Rollin Stone, Knocking on Heaven’s Door, Stop Draggin My Heart Around, American Girl, Running Down a Dream and The Edge of 17. 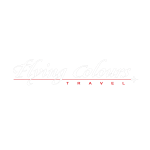