Beginning with Mozart’s Clarinet Concerto, then the amazing Mendelssohn’s Violin Concerto.  Presented by Gippsland’s own Community Symphony Orchestra under the direction of maestro David Williams.

A. Mozart
Clarinet Concerto in A major, K. 622, was written in October 1791 for the clarinettist Anton Stadler. It consists of three movements, in a fast–slow–fast succession typical of the classical era; Allegro, Adagio and Rondo. Originally written for Anton Stadler to play on the basset horn however Mozart was pursueded that the clarinet was a more effective instruement for the composition. There are several notes that go beyond the conventional range of the clarinet, perhaps hinting that Mozart actually intended it to be performed on the basset clarinet. This instrument had a low range down to low C extending the lower range beyond the E that standard clarinets do. The basset clarinet was a rare, custom-made instrument, so when the piece was published posthumously, a new version was arranged with the low notes transposed to regular range.

Felix Mendelssohn
Violin Concerto in E minor, Op. 64, is his last large orchestral work. It holds an important place in the violin repertoire and is one of the most popular and most frequently performed violin concertos in history. Conceived in 1838, the work took another six years to complete and premiered in 1845. The work is one of the foremost violin concertos of the Romantic era and has had a significant influence on many composers. Although the concerto consists of three movements in a standard fast–slow–fast structure and each movement follows a traditional form, the concerto was innovative and included many novel features for its time. Distinctive aspects include the almost immediate entrance of the violin at the beginning of the work, and the through-composed form of the concerto as a whole, in which the three movements are melodically and harmonically connected and played attacca which means each movement immediately following the previous one without any pauses

The concerto remains popular to this day and has developed a reputation as an essential concerto for violinists to master.

How people interact with Wellington Shire Council services, including The Wedge will change in coming days when Victoria meets its 80% Covid-19 vaccination target. The direction of the state government is that once the 80% target is reached, Council will only be permitted to allow fully vaccinated people into its buildings. This means all patrons aged 16 and over, and all workers, volunteers and performers aged 12 and over will need to have received two Covid-19 vaccinations. The current prediction for this 80% target is 29 October.

All people entering The Wedge will be required to show one of the following upon request:

Once the 80% state-wide target is reached, people who cannot produce one of the above will not be able to access Council facilities including The Wedge.

1 hour and 15 minutes, no interval 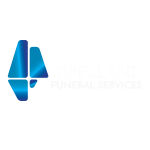